I recently made a beautiful friend in Malawi and wrote a poem about her. 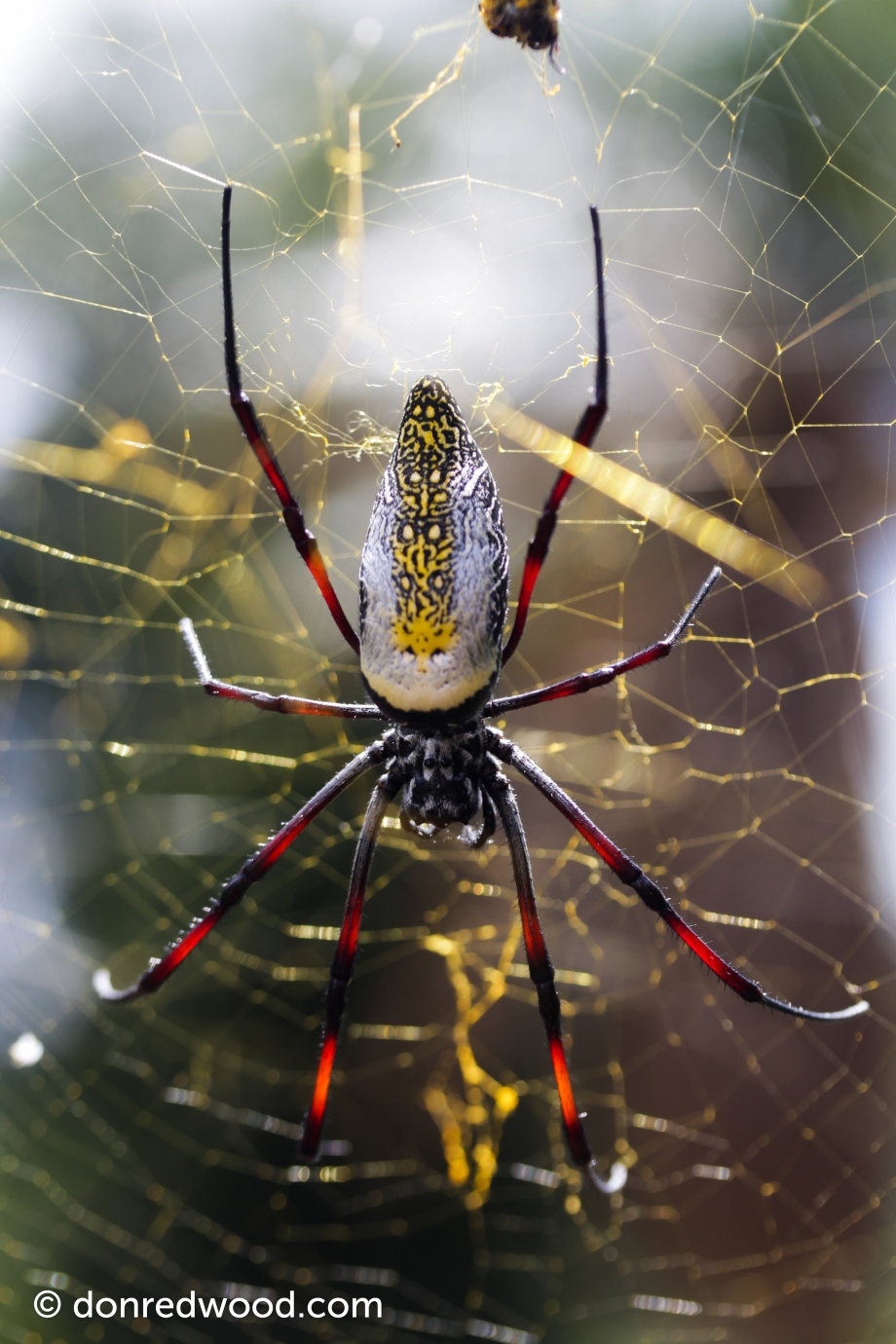 She lived in the garden where I was staying. I visited her every day to try and capture all the different facets of her beauty on camera. Her name is Nephila Inaurata. She is a Golden Silk Orb Weaver, so called because of the big, beautiful golden webs she weaves. The web has been used to make a golden cape. It took millions of the poor wee treasures.

The golden web shoots from a nightmarish blood red protrusion on her belly. 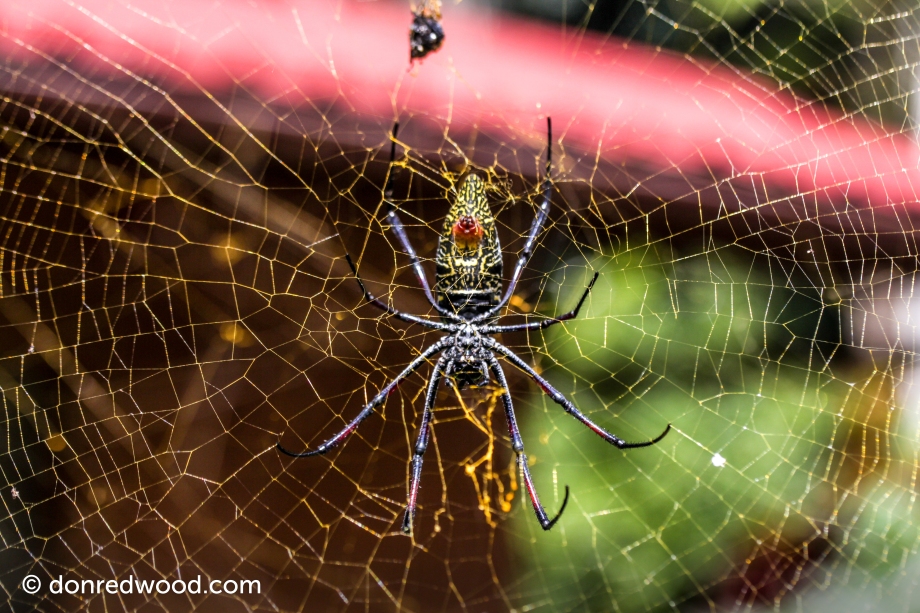 I even got a nice video of her pulling the silk and wrapping a poor wee fly up in for later.

The poem I wrote tries to describe her appearance, starting from the red nightmare on her belly and working outwards from there. If read in a clockwise direction, the rhyming scheme matches up with her pairs of legs. I will never forget her.